Are you living in a social media echo chamber? Are you unknowingly being mind-controlled through social media machine-learning algorithms? 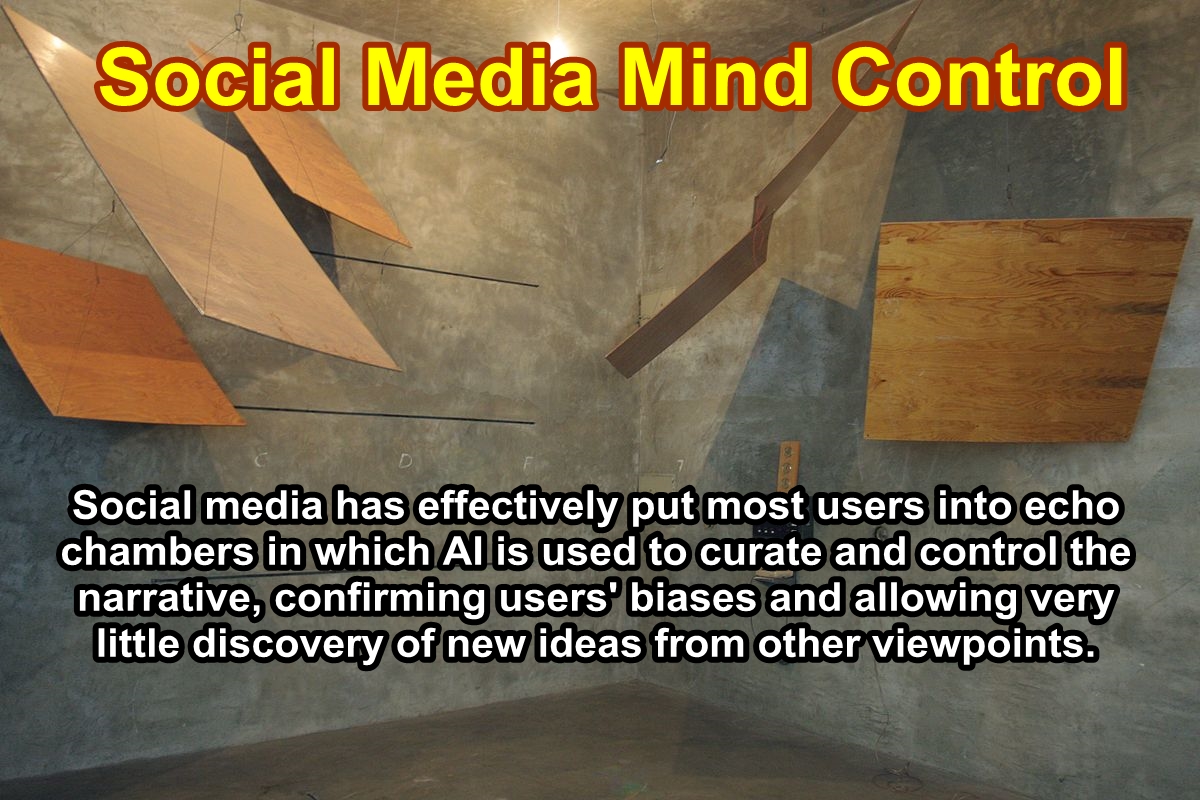 An echo chamber is a place where the people present mostly echo each others' beliefs or opinions rather than engage in serious debate or constructive criticism. The result is that existing views tend to be reinforced, while alternative ideas are generally discouraged, ignored or curated out, even if they are politely presented.

To the extent that the Bible is used as a common basis for definign truth and reality, echo chambers can be avoided. However, without a strong reliance upon the Bible as a standard, social media groups tend to follow worldly values and topics - things that appeal to the lust of the flesh, the lust of the eyes and the pride of life. (See 1 John 2:15,16)

"The time will come when people will not tolerate sound doctrine; instead, they will accumulate for themselves a great many teachers who will tickle their ears according to their lusts — yes, they will turn their ears away from the Truth and be turned aside to fables." - 2 Tim. 4:3,4